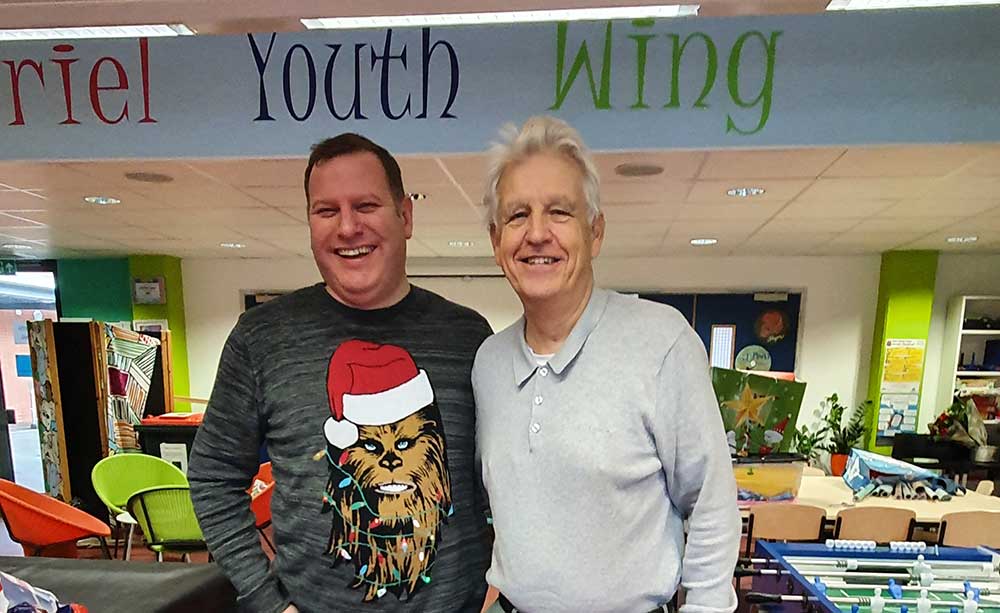 Every year the Greenaway Foundation tries to make a difference in the local community, by providing financially challenged families with all the ingredients they will need to cook a healthy two course Christmas Dinner and the children with the presents they have wished for. News at ten newsreader, Nicolas Owen turned up to lend a hand and give moral support.

In 2011 Darren Greenaway started providing financially challenged families with all the ingredients they would need, to cook a two course healthy Christmas dinner. As an owner of Est Grinstead Estate Agents, which traditionally goes quiet in December. It was a perfect way to give back to the local community. However over the years things have grown to such an extent, that the company is now in the final stages of setting up its own charity. The Greenaway Residential currently receives nominations from over fifty schools, council bodies and other charities.

Due to the ever increasing numbers that the Greenaway Foundation helps each Christmas, they had to break with the tradition of setting everything up at their offices. Everything was relocated to Oriel High School in Maidenbower Crawley, who offered their facilities for two days. With an army of over one hundred volunteers, three hundred and forty four families would receive deliveries on Christmas Eve.

This year also marked third year of the wishing tree, where children from these families could pop into the estate agents offices and make a wish for a present. Along with the meals there were over seven hundred presents being delivered that each child had wished for.

The team were also visited by news reader Nicolas Owen and his family who all worked tirelessly throughout the morning. By lunchtime all deliveries had been made, the school had been tidied up and the team were busy reviewing all the efforts to see where improvements could be made for Christmas 2020.

X
We use cookies to ensure that we give you the best experience on our website. If you continue to use this site we will assume that you are happy with it.Ok