Standing Ovation for ‘One Ball’ Premiere 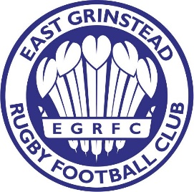 Over the last 3 months, members of East Grinstead Rugby Club have taken part in the making of an exciting community rugby film.  Around three hundred men, women, girls and boys from across the thriving junior, intermediates and senior teams, along with supporters and events staff, all taking the leading roles.  The aim of the film; to celebrate and showcase the diversity and inclusivity of rugby at all levels across their club.

The ‘One Ball’ campaign enforces the RFU core values held at East Grinstead RFC; teamwork, discipline, respect, enjoyment and sportsmanship and proves that rugby is a sport for all, played by men, women, girls and boys of all shapes, sizes and ages.  Whether it’s a school child starting out, a senior player who turns out once a week to play social or touch rugby or a committed rugby player ready for competition. The film footage follows players across the age groups (from U5’s through to seniors) showing off their rugby skills during their training days and matches, not forgetting the wonderful supporters and the social enjoyment in the glorious clubhouse!

Film maker Mike Rumsey said: “It’s been a fantastic experience to work with EGRFC on creating this film. I feel like we’ve really successfully captured the community feel of the club and convey that it’s a club where everyone is welcome from the under 5’s to the senior teams who can’t stop winning this season!

From the beginning, we highlighted that it is just as important to showcase the inclusivity and fun community spirit of the club as it was the elite aspects of the sport and I think we’ve really achieved that – for every crunching tackle there’s a smiling face loving the sport. Massive thanks to Milly for all the support throughout the production, to Andy and to our sponsor for funding the film. I’m hoping this the start of an illustrious rugby film making partnership with this fantastic local club.”

The short promotional film was generously sponsored by MGW Print & Design, a local company and active member of the club.  Mike Worger, Managing Director of MGW said: ‘As a local company with over ten years’ experience in providing clients with a fully managed print and design service, we were very excited to be able to support the film to celebrate the growth of our amazing club.  My son has played for East Grinstead RFC for over five years and we are always encouraged to see the progress throughout the season with all members, players and guests treated equally.’

Andy Poole, President of East Grinstead RFC said ‘Our club are extremely proud of our strong community values and we are at the heart of recreational sport in the area. We are committed to growing rugby at all levels and we would like to thank the talented Mike Rumsey, Rumsey Films, for his professionalism and talented eye, not forgetting his huge amount of patience!  Also, to give enormous gratitude to the film’s sponsor, Mike Worger, MGW, for making this film possible.  Each member of the ‘cast’ who participated in the filming were great – sadly not all made the final cut, but we applaud you all!  We are delighted with the film which will be circulated to England RFU and via social media channels and to anyone future player, sponsor or supporter who asks the question; ‘what happens at East Grinstead RFC!’

Rugby is one of the most popular participation sports in the world.

East Grinstead RFC is a vibrant and welcoming community rugby club in the heart of Sussex that offers competitive and fun rugby for all ages.  It has some of the best facilities around including three full size pitches and large training areas. With two club houses, floodlights, spacious changing areas for both players and referees and a newly built terrace for both supporters and social functions – it’s the perfect place for rugby and your next corporate or social gathering. Whether you are a member or not you are always welcome.

The value of sport to communities extends beyond sport. It plays a role in bringing communities together, having a social and cultural impact. Regular involvement in sport can benefit individuals and communities and contribute to a range of positive outcomes including more local people participating as volunteers in community life.  It enables local people to have a greater voice, influence over decision-making and creates a more cohesive, tolerant and inclusive community that value diversity with local pride and a sense of place.

East Grinstead RFC have vast experience of delivering rugby coaching to primary and secondary schools, offering enjoyable and engaging training to pupils whilst providing a pathway to continue playing at local clubs. Our aim is to ensure that our rugby delivery within schools leads to sustainability and growth of rugby.