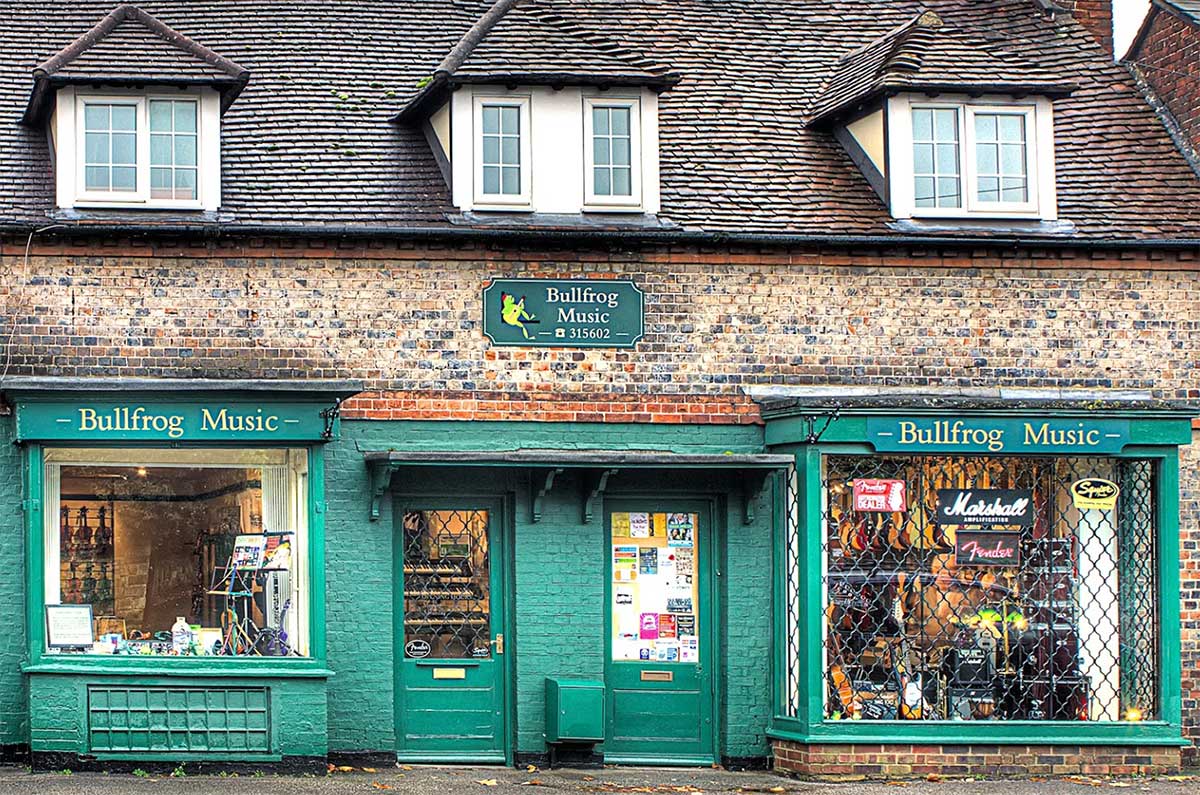 I own and operate Bullfrog Music, an independent music store in East Grinstead selling musical instruments and sheet music.

I first learnt of the above works from Cllr Norman Webster, Cabinet Member for Community at Mid Sussex District Council, via “Norman’s Notes” in the East Grinstead Business Association monthly newsletter.

It was made clear by SGN that compensation would apply, as yet no subsequent communication to the contrary has been received.

When the works disrupted traffic, and had a detrimental effect on my business, I followed the internet links published by the contractors and established that there was a claims procedure for those whose business had suffered. This was in line with Gas(Street Works)(Compensation of Small Business) Regulations 1996.

I followed the instructions and produced a claim, accompanied by all the required supporting documentation. This was a tedious and time consuming process, it amounted to over 90 pages!

There were some farcical requirements in the process, eg asking me to give them maps showing where the traffic lights and one way systems were on THEIR road-works.

SGN initially reacted by stating that no claim had been made, (it had and there was a paper trail to prove it) and then started to request information that they already had in the original submission, or was outside of the original stated requirements. In each case I did not demur but forwarded the requested information.

SGN then refused compensation on the grounds that the works took place in 2 phases and they were treating my claim as 2 separate parts. This is despite their own material describing this as one project that “will last approximately 12 weeks” and which “we will suspend between 17th Nov and 8th Jan to avoid disruption during the busy festive period“. West Sussex County Council processed this with a single project reference of SEN30215.

Losses of gross profit sustained in each phase separately were too small in their opinion (less than 2.5% annual turnover) to qualify for compensation, (although when taken together they definitely would.) They therefore refused my claim.

Having reached this impasse, I appealed to EGBA for advice and Lee Farren suggested further contact with Councillor Webster and if possible with our local MP (and EGBA Chairman) Sir Nicholas Soames. Within a matter of days I was able to attend one of Sir Nicholas’s constituency surgeries and explain my problem. Sir Nicholas was very sympathetic and undertook to write to the CEO of SGN and express his views.

Eight working days later I received e-mail from SGN accepting my claim in full and offering a further £250 as a good will gesture since they had “got it wrong”. A fantastic result for all those folks who helped especially Sir Nicholas, although I think it’s a shame we had to go to those lengths to claim back what was a legal entitlement.

Make your claim in a timely fashion and make sure you keep a paper trail.

Provide all the information requested, no matter how stupid the request.

Remember their Claims Department is not there to facilitate your claim, but more to try and kick it into the long grass by means of delay and diversion, in the hope that you will give up and go away.

If you are convinced you have a case don’t be afraid to ask for help from EGBA, local Councillors and our MP.

It’s definitely worth all the aggravation!