LATEST CORONAVIRUS UPDATES FROM THE EGBA

The East Grinstead Business Association is the voice of local businesses

East Grinstead is a town with a vibrant business community, both retail and light industrial, and is ideally located in The Gatwick Diamond area.

When a single business takes up issues with organisations such as local government, the police or utility companies it can be difficult getting the point across or even your voice heard. By joining together as the EGBA, local companies are able to have a stronger say in matters that affect the climate and environment in which they work.

All of our three experts answered questions from our Members in regards to grants and any further financial help they may be entitled to for their businesses. 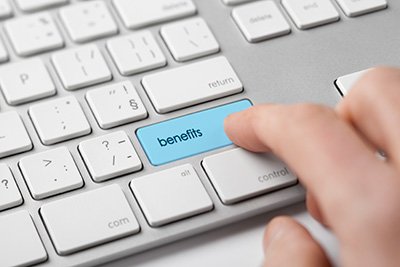 There are plenty of benefits available to members with one Business Networking Event per month, a Monthly Newsletter, your company listed on two Google authoritative websites, plus many great local offers.

Membership of the EGBA is open to representatives of trading and commercial entities operating within the greater East Grinstead area.

Although the EGBA seeks to represent the interests of local businesses it is not a lobbying organization – it is much more.

Chat with us and other local businesses on our forums. Find out what is happening and comment on it.

Subscribe to our regular email newsletters to keep up to date with what is happening to help local businesses.

We have many networking events along with our buzz meetings for local businesses. Check out our events calendar.

JOIN US ON LINKEDIN

Why not join our professional network on LinkedIn and be connected to you Business Association. 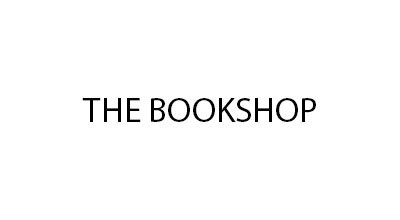 In an attempt to keep their very popular events running, they have decided to take them online, and to that end they are hosting a Zoom Evening with Phil Hewitt.

As Phil says: “Running can take us to fantastic places. Just as importantly, it can also bring us back from terrible ones. For people in times of crisis, trauma and physical or mental illness – when normality collapses – running can put things back together again.

“Inevitably lock down and the pandemic have increased anxiety for so many people. I know I still rely hugely on running for keeping sane! Exercise is so crucial to the way we feel.”

After watching a cricket match in Cape Town, South Africa, four years ago, Phil was mugged – stabbed, punched, kicked and effectively left for dead in a grim, desolate suburb.

Astonishingly, just as he could feel himself starting to drift away, he was scooped up and whisked to hospital by a passing pizza delivery driver. Two deep stab wounds, 15 stitches, three broken ribs, battered liver and stomach, bruised all over.

Phil resolved to put himself back together again by getting back to his first love, running…. And it proved a remarkable way to outrun the demons of PTSD and his blood-soaked pavement. Which is why it became the title of his new book – Outrunning The Demons.

In it, Phil tells of his own experiences and their aftermath – and also interviews 34 people from around the world who, as he says, have been to hell and discovered that the surest, safest, quickest way back was to run.

He interviewed people caught up in 9/11 and the Boston Marathon bombing; people who have lost loved ones to murder and natural causes; people who have suffered addiction, alcoholism, anxiety, depression, violent and sexual assault; sheer bad luck – and even a nose-diving jet.

The result is a remarkable collection of stories about hope and survival – a genuinely uplifting celebration of the strength of the human spirit and all the good that is unleashed simply through running.

In an attempt to keep their very popular events running, they have decided to take them online, and to that end they are hosting a Zoom Evening with Kate Bradley and David Fennell

‘What I Did’ by Kate Fennell

Kate Bradley currently works as a teacher and has worked for many years managing services for people who are marginalised by society; her work has taken her into prisons, mental health hospitals and alongside the homeless around Brighton, all of which has informed the inspiration behind her debut novel To Keep You Safe and her new suspense thriller What I Did: Lisa is running with her little boy. Lisa thinks she’s safe. Lisa is about to wake up in her worst nightmare. Risking everything to protect her little boy, Lisa knows that in order to survive she will have to fight, but it’s hard to face someone you loved, especially someone you still love, who knows who you really are – and what you are really capable of. Family is everything. What would you do to protect it?

‘The Art of Death’ by David Fennell

David was born and raised in Belfast before leaving for London at the age of eighteen with £50 in one pocket and a dog-eared copy of Stephen King’s The Stand in the other. David has been working in CyberSecurity for fourteen years and is a fierce advocate for information privacy, which is a prominent theme in his work. His debut book The Art of Death is an intensely creepy serial killer thriller where the killer turns his victims into morbid art installations. Detective Inspector Grace Archer is in a race against time to stop the killer before his next ‘art installation is revealed. Procedural suspense meets gruesome thriller, this is a debut you will not want to miss with a killer you won’t forget.

We would like to invite you to the EGBA's Annual General Meeting on Thursday 4th February at 5pm which this year will be held virtually on Zoom. Our CEO, Lee Farren,

We would like to invite you to the EGBA’s Annual General Meeting on Thursday 4th February at 5pm which this year will be held virtually on Zoom.

Our CEO, Lee Farren, shall be discussing all the challenges and achievements of the EGBA and the Town in the past year and our aims for helping and supporting businesses to recover in 2021.   Also, what opportunities there will be within the Town to grow and to become economically strong in a post Covid world.

It will be an opportunity for all our Members to feedback to us in which direction they wish the Association to go and what more we could be doing to help businesses and how to expand.

Following the AGM there will be a opportunity for you to network with other Members in a relaxed and friendly atmosphere, which will include 5 minute sessions in break out rooms in groups of 4/5 to ensure the optimum connections are made.

If you are a Member of the EGBA and you would like to add something to the Agenda of the AGM please email [email protected].

We welcome all businesses within East Grinstead and the surrounding areas.

WHAT OUR MEMBERS SAY

X
We use cookies to ensure that we give you the best experience on our website. If you continue to use this site we will assume that you are happy with it.Ok